With the release of the book No Easy Day, there is a lot of talk about Navy SEALs this week. I can see why so many people want to read about the SEAL team and that particular mission.  There is a mystique about who these guys are and what they do.  A book from a team member is an enticing look inside for us mere mortals.

I prefer the other side of that world.  Some might say it’s the boring side, but I heartily disagree.  I was lucky enough to have a SEAL as a brother (from another mother) for almost 20 years.  I was obviously not privy to what he did on the job.  But I got to witness just about everything else–as a friend, a neighbor, a movie buddy, a dive bar patron, and a pen pal.  Here’s what I learned about SEAL life.  Or, at least, the life of our SEAL.

If you read No Easy Day, stop periodically and picture one of the SEALs sporting lambchop sideburns for 70s night at a baseball game.  Or bowling in rented shoes.  Or thoroughly enjoying a chick flick.  These things are just as important to the story even if they’re missing from the page.

For those of us who miss them keenly, the only easy day was yesterday. 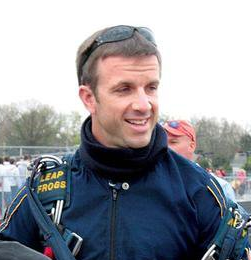